The autonomous region of Rojava, as it exists today, is one of few bright spots – albeit a very bright one – to emerge from the tragedy of the Syrian revolution.
David Graeber[1]

In the last decades the Kurdish struggle for freedom was not only a firm voice of resistance against the dominant social and political order, but also managed to formulate and initiate practical steps towards the realization of a liberated society. After many years of oppression, the Kurdish forces began to regroup, forming armed units of self-defense. During the period in which the leftist Kurdish Democratic Union Party (PYD) was quickly turning into a regional political power, a new antagonistic example appeared in the midst of the Kurdish liberation movement, based on the values of democratic confederalism and autonomy.

Already before the beginning of the uprising in Syria, residents of Rojava had created the first self-organized councils and committees, and hence had begun to establish a radical democratic organization for the majority of the population in the region. Since June 19th, 2012 the cities Kobane, Afrin, Derik and many other places were liberated from the control of the Syrian regime, revealing the power and the influence of the Kurdish struggle. Military bases were occupied and the overwhelmed government troops chose to surrender.

Nowadays this new paradigm of autonomy and self-organization is being threatened both by the Turkish army from the North and by fundamentalist theological forces from the South, like ISIS and al-Nusra – organizations who traditionally are aiming at imposing heteronomy, centralization,  patriarchy, theological violence and exploitation. Principles which the communities in Rojava strongly and actively oppose. In one of the most difficult geopolitical environments, they are laying the foundations of a new world based on democratic confederalism, gender and ethnic equality and community economy.

In Rojava, we believe, genuinely democratic structures have indeed been established. Not only is the system of government accountable to the people, but it springs out of new structures that make direct democracy possible: popular assemblies and democratic councils.
Joint statement of the academic delegation to Rojava [2]

Despite the widespread belief that the contemporary social conditions are too complex and self-organized forms of social organization are doomed to work only on a small and embryonic level, the radical political organization of the communities in Rojava gives a modern example of autonomous self-institutionalizing and direct democracy. This is being achieved through the processes of the democratic confederalism.

The core of this system are the communes [3]. The communes, established in each province of 300 people, are general assemblies, allowing broad public participation. In the communes are being discussed issues concerning all aspects of social life, starting from the technical and administrative issues up to the political ones. Issues such as energy, food distribution, patriarchic violence and family tensions are being tested at the table of the political debate. Each commune set up local single-issue committees with the task to discuss more specific topics in order to avoid bureaucracy and ease the operation of the general meetings. It is important to note that it is required each commune to be consisted at least of 40% women.

Each commune elects 2 revocable delegates to participate in the regional councils, in which is done the coordination between different communes which make up each region. There again are being elected delegates to take part in the city council, and then according to population criteria are being established the cantons. The cantons are the broadest and most central form of political organization in Rojava and basically they function as coordinating body between the different cities.

Before the revolution women had no ability to speak or make a decision. Now we have such an ability. We are active in every sphere.
Jina Zekioğlu [4]

One of the most interesting parts of the social experiment that is currently taking place in Rojava is the role of women and the goals set up by local communities to achieve isomeric relations between the sexes. In a region such as the Middle East, which we are used to identify with the fundamentalist oppression of women and sexuality, the self-organized communities of Rojava provide a pioneering example of equality. The conscious political effort to equalize the relationship between men and women is reflected both institutionally, and socially. In the midst of an ongoing military conflict, usually favoring social automation, militarism and patriarchal imposition, the communities of Rojava are real proof that the political will and choice can overcome that which seems as necessity.

One characteristic example for this political goal are the women councils, formed by the communes. These are councils, within which no decisions on general issues are done, but are dedicated to the discussion of issues related to gender relations, violence against women and in general all questions concerning the relationship between the sexes. Of course this did not happen overnight. Already in 2003 was established the Free Democratic Women’s Movement (DÖΚΗ) [5], a grassroots organization fighting from back then sexism and patriarchy, but also more generally nationalism, militarism, environmental destruction, economic exploitation etc. 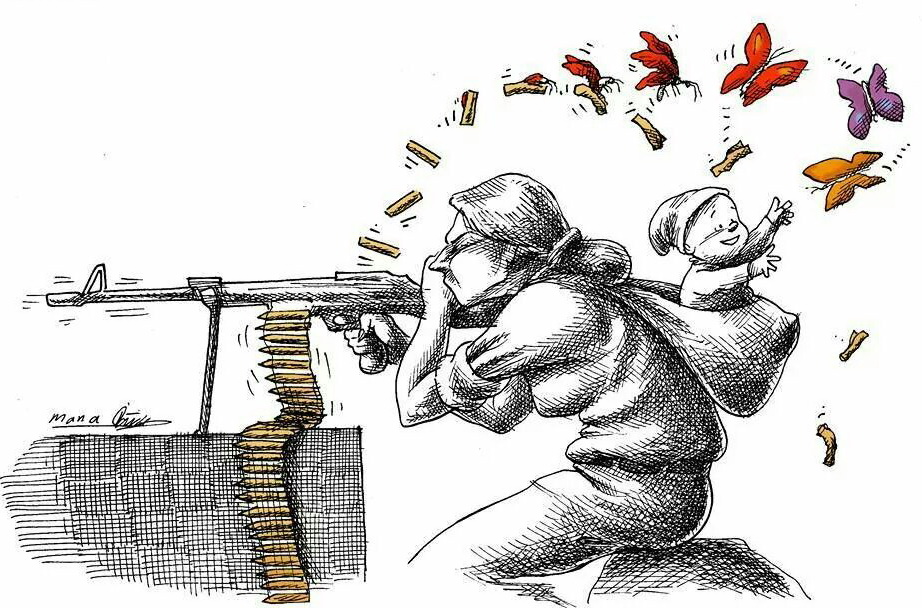 Internationalist character of the struggle

The fundamental basis of this “Social Contract” is the equality and rights of all ethnic, racial and religious groups in Syrian Kurdistan, direct democracy and the rejection of the concept of the nation-state.
Evangelos Aretaios [6]

A common misunderstanding is that when discussing the issue of Rojava it is usually being identified purely as national liberation struggle. In contrast however with the traditional national liberation movements, which usually are targeting the creation of nation-states and national consciousness, the communities of Rozava are aiming at self-institutionalization from below, promoting a new paradigm of territorial claim [7]. The core of the social organization ceases to be the national identity of each person, and its place is being taken by the form of politicized citizen participating in social affairs. It’s not by chance that in these communes participate people from all ethnic and religious groups of the area (Kurds, Syrians, Yazidis, Christians, Muslims etc.) with the only condition to respect the political principles of equality and horizontality.

Furthermore, in support with the resistance of Rojava have been established political forms of solidarity such as the Lions of Rojava [8], formed by volunteers from all around the world, fighting alongside the YPJ / YPG, reminding us for forms of solidarity, that we can see from the days of the Spanish Civil War. It should be added also that international missions of academics [9] are visiting Rojava in order to come in contact with the social experiment there and learn from the actual forms of enlarged self-institutioning.

Though only just beginning, this economic model has, with great  determination and in spite of the war, been realised in praxis by many in Rojava.
Michael Knapp [10]

Another main characteristic of the struggle of Rojava, completing and deepening the above mentioned elements, is the alternative economic management it practically proposes. The economic organization of Rojava is a reflection of its political project. The communities themselves call it “community economy” [11] and all parts of the population participate in it through production and trade cooperatives. The main goal of its economic activity is not growth, but the creation of local autarchy. Except necessity (since Rojava is being isolated and surrounded by hostile environment), this is a political choice in the direction of social ecology and liberation from capitalist exploitation.

For couple of years now they are trying to develop these forms of community economy through the establishment of academies, promoting the cooperative spirit and organizing seminars and discussions on the benefits of collaborative production.

Through these economic structures they are trying to meet the needs of their communities and simultaneously to keep the “war economy” going, which they need since the constant military conflict.

In nature, living organisms such as roses with thorns develop their systems of self-defense not to attack, but to protect life.
Dilar Dirik [12]

The defense forces in Rojava resemble the principles of direct democracy and equality, embraced by the Kurdish communities. Men and women fight as equals since YPG (People’s Defense Units) and YPJ (Women’s Protection Units) military structures and battalions are separated, but there is no hierarchical relationship between them and the main barracks and the work systems are the same. Also military commanders are being elected by the battalion soldiers [13], based on their experience, commitment, and willingness to take responsibility.  Dedicated to enlightenment and political consciousness, the Rojavan defense forces have established academies which to provide ethical-political education to the fighters of the various units (YPG, YPJ, Asayish etc.). The provided education is mainly focused on gender equality, anti-militarism, dialectic resolving of disputes, the values of democratic confederalism etc.

We are not fortunetellers; we can’t possibly know what will happen in Rojava a month or a year from now. But we […] can’t just sit aside, watch what’s happening and comment…
DAF [14]

Because of these characteristics the struggle of the communities in Rojava can be viewed as integral part of the grassroots projects and radical endeavors, starting with the Zapatistas in Mexico, spreading to every corner of the Earth and culminating in global effort for social liberation, against both statist and capitalist management, theological obscurantism, exploitation, patriarchy and every form of oppression.

The positive aspects of the social experiment, taking place nowadays in Rojava, shouldn’t be neglected in the name of ideological/dogmatic “purity”, as we saw different libertarian organizations [15] taking stance against the events going on there, because of the historical background of some of the main characters in the Kurdish resistance movement (Öcalan, PKK etc.). Surely we have to keep in mind its authoritarian background but our attention should also be focused on the willingness of the Rojavan communities to open spaces of emancipation and participation, and how we could help them strengthen their democratic structures, become more self-sustainable and antagonistic to the dominant statist and capitalist forms, thus providing us with one more contemporary practical example for another society.